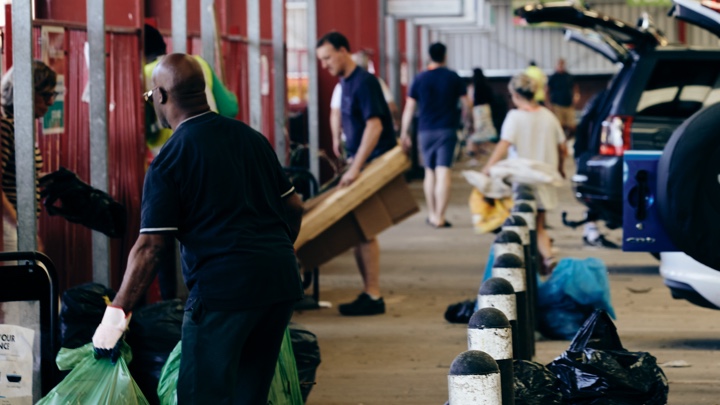 A JOINT RESPONSE TO THE LOCAL GOVERNMENT ASSOCIATION REPORT THAT ONLY A THIRD OF PLASTIC POTS, TUBS AND TRAYS ARE RECYCLED.

The Western Riverside Waste Authority and Cory Riverside Energy, like the Local Government Association, are committed to increasing recycling levels and fully support calls to make the recycling of all materials, including plastics much simpler.

The Western Riverside Waste Authority is the waste disposal authority covering the London Boroughs of Hammersmith & Fulham, Lambeth and Wandsworth and the Royal Borough of Kensington and Chelsea.  It contracts all its waste management services to Cory Riverside Energy including the operation of its Materials Recycling Facility (MRF)at Smugglers Way, in Wandsworth. This MRF, which is one of the most technologically advanced and efficient in Europe, processes all of the co-mingled “clear sack” recyclables collected from residents from these four boroughs.

The MRF separates and sorts the co-mingled material into individual waste streams for sale to reputable re-processors in the UK and the EU. None of the material is exported to China or the Far East. Gate fees in the UK and the EU for energy from waste plants are considerably higher than the cost of recycling which means that recycling is the cheaper, and always the preferred option.

Due to the high performance of the MRF, residents in the WRWA boroughs can be assured that c. 87% of the co-mingled recyclate which is sent to the facility is ultimately recycled. Unfortunately, around 13% of the tonnage received from the public isn’t the targeted material and cannot be recycled. Materials which we are able to recycle include paper, card and cardboard, glass bottles and jars, plastic bottles, pots, tubs and trays, cartons, cans and tins. More detail can be found on the Authority website here.

Food is most frequent contaminant, but there are other waste materials and even recyclables that the MRF isn’t designed to capture such as textiles, which are not recyclable once they’ve been through the MRF but would have been recyclable had they been given to a charity. All the non-recyclable material is sent by river to an Energy from Waste Facility which generates enough electricity to power 160,000 home and supplies 210,000 tonnes of aggregate and building blocks to the construction industry each year.

We are producing a detailed fact sheet on what happens to all the materials received at the MRF but this note concentrates on the plastics bottles, tubs and trays and film highlighted by the LGA and which account for 5% of the clear sack material received by weight.

Plastic bottles are relatively easily recycled and are very valuable, with a strong market demand for them.  The only plastic film we can recycle is the clear recycling sacks themselves – this is much less valuable and can be difficult to find markets for at times. Where we are able to recycle this film, it is done in the UK and this has been the case for several years. Plastic pots, tubs and trays are similarly less valuable, and some of the material is less easy to recycle. Again, any of this material which can be recycled is recycled in the UK.

Black plastic trays make up a very small proportion of the throughput of the MRF by weight and the MRF equipment can’t specifically identify it. However, whilst most black plastic is sent for energy recovery, a small amount will be recycled with other plastic pots, tubs and trays.

The Authority and Cory Riverside Energy fully support the aims of the LGA to make plastics recycling simpler for Londoners. Manufacturers also have an important role to play, and we would urge them to do all they can do reduce the amount of non-recyclable plastic which they use as packaging. In particular, the sooner that we can switch to alternatives to black plastic the better.

Due to the high performance of the MRF, residents in the WRWA boroughs can be assured that c. 87% of the co-mingled recyclate which is sent to the facility is ultimately recycled.