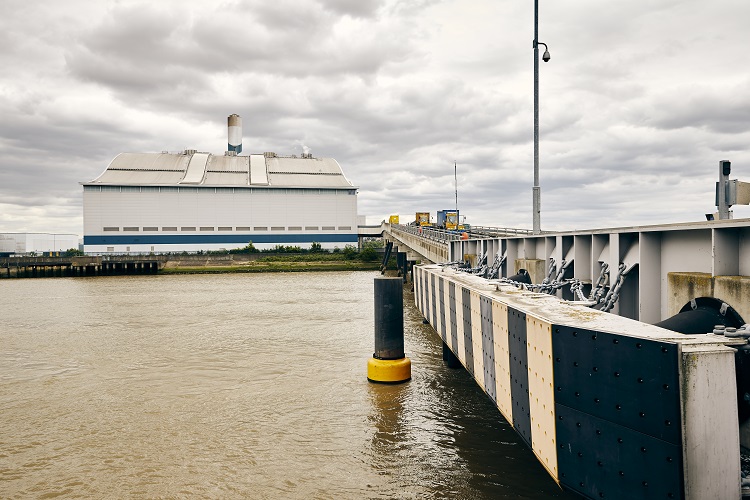 LONDON, 18 May 2018: Cory Riverside Energy (“Cory”), a leading recycling, energy recovery and resource management company, is inviting members of the public to come and find out more about its proposals for Riverside Energy Park.

The proposed Energy Park would complement Cory’s existing Riverside Resource Recovery Facility, which has been operating successfully on Norman Road since 2011. The Energy Park would integrate a range of technologies including waste energy recovery, anaerobic digestion (for local food and green waste), solar panels and battery storage.

While a full consultation on the draft proposals is scheduled to take place later this summer, Cory wants to offer local people, community groups and other organisations an early opportunity to find out more, meet the Cory development team and give their initial feedback on the plans.

If granted consent, Riverside Energy Park would enable Cory to convert even more of London’s residual (non-recyclable) “black bin” waste into green electricity, particularly during times of peak usage. It would also provide the opportunity for cheap heat to be exported to nearby homes and businesses and continue to convert the residual ash that is left over at the end of the process into construction materials useful for building London’s homes and roads.

Cory will provide visitors to its public exhibitions with a range of information and activities to help them better understand the proposals and to have their say. Visitors don’t need an appointment and can just drop-in at whatever time is most convenient.

Nicholas Pollard, Chief Executive of Cory Riverside Energy, said: “The drive to find better and more responsible ways of managing our resources has never been more relevant than it is today, so we’re really excited about the plans we’re preparing for the proposed Riverside Energy Park. We want to share them with as many local people as possible during these early information events, answer questions and find out what people think of our plans.

“These information events will introduce people to our proposals and explain how it will help convert more of London’s waste into much-needed low carbon, renewable energy.

“The feedback we get will help us as we prepare for our full consultation later this summer, so I’d encourage everybody to come along and find out more about this genuinely fascinating project.”

Events take place at the following times and locations:

Anyone who’s unable to attend one of the public exhibitions but would still like to find out more about the proposed Energy Park, can view information and leave their feedback online at www.riversideenergypark.com

Alternatively, feedback can be sent by email to info@riversideenergypark.com or submitted via freepost to Freepost Riverside Energy Park. All comments are requested to be sent by Tuesday 29 May. Cory will then consider the comments received as it develops proposals that will be presented at a further round of consultation later this summer.

Cory forecasts that the Riverside Energy Park would:

• Generate up to 96 megawatts (MW) of low carbon renewable electricity at peak times, which taken together with the permitted capacity of 72 MW from the existing Riverside ERF is the equivalent of powering c.300,000 homes across London (almost 10% of London’s 3.2m households) • Divert a further 655,000 tonnes of residual waste away from landfill, which will save an additional 130,000 tonnes of CO2 each year • Make use of Cory’s existing river-based infrastructure on the River Thames to further reduce road traffic. At present, Cory’s use of the Thames as a “Green Highway” currently removes around 100,000 truck journeys from London’s roads every year. The new park would allow for a further 80,000 truck journeys to be removed. • Be capable of supplying up to 30MW of affordable heat energy to local housing • Create a further 175,000 tonnes/year of construction materials from the energy recovery process for use in building the south-east’s homes and infrastructure, avoiding the need for industry to extract an equivalent tonnage of natural stone. • Make a valuable contribution to local employment, with over 100 full-time jobs and apprenticeships set to be created at the energy park and on the river. The construction period is likely to require a workforce in excess of 6,000 people.

• Cory Riverside Energy is one of the UK’s leading resource management, recycling, and energy recovery companies. The company developed, owns and operates the largest operating Energy Recovery Facility in the United Kingdom, processing London’s waste into electricity, metals and construction aggregates. • Cory was originally founded in London by William Cory and his sons, and has been navigating its fleet on the River Thames since 1896. • The company is majority-owned by investment funds managed by Strategic Value Partners. Other investors include EQT Credit Opportunities Fund and Commerzbank. • Cory’s Riverside Energy Recovery facility, at Belvedere, is fed by a unique river-based infrastructure along the River Thames, which uses tug boats and barges for delivering residual waste to the plant. • Cory currently works directly with seven London Boroughs including Hammersmith and Fulham, Kensington and Chelsea, Lambeth, Wandsworth, City of London, Tower Hamlets and Bexley. The company also holds a number of significant commercial and industrial (C&I) contracts. • Independent Analysis from Tolvik Consulting shows that there is approximately 2.50Mt of EfW capacity serving London currently and an estimated shortfall in treatment capacity for London’s residual waste of up to 1,400,000 tonnes by 2030.

• 2016 was a record year for Cory Riverside Energy, whose Riverside Energy Recovery Facility has enjoyed an exceptionally productive and reliable operating performance, running at its full permitted capacity since its commissioning trials. • 2016 highlights included: - 528 GWh of baseload renewable electricity generated; the equivalent of 160,000 homes powered - 753,000 tonnes of waste diverted from landfill - 100,000 truck journeys removed from London’s roads every year thanks to use of our infrastructure and lighterage fleet on the River Thames - 230,000 tonnes of carbon saved by not sending waste to landfill; - 200,000 tonnes of ash “upcycled” from the residual waste into construction aggregates - 10,000 tonnes of Air Pollution Control Residue recycled to create concrete building blocks used for home building.