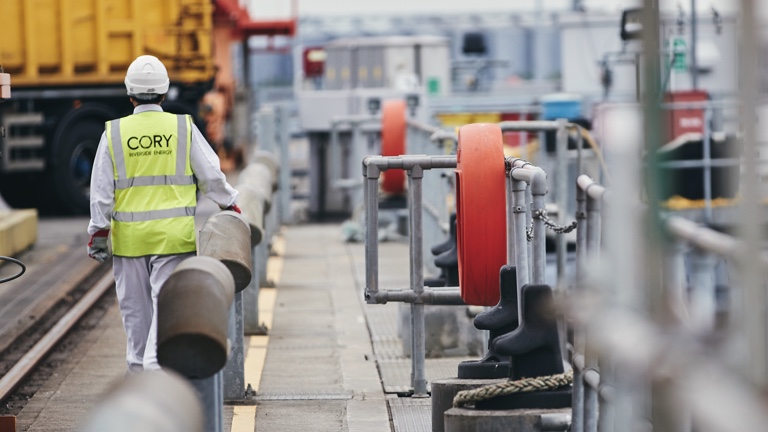 Nicholas Pollard to step down as CEO of Cory Riverside Energy

Cory Riverside Energy (“Cory”) has today announced that Nicholas Pollard will step down from his role as CEO, effective 23rd April 2019.

Nicholas was appointed to the role in 2015. He subsequently oversaw the transformation of Cory from a disparate collection of assets including Energy from Waste (EfW), skip hire, landfill and waste collection services, into a streamlined business focused on the company’s waste logistics infrastructure on the River Thames and its Riverside EfW facility in Belvedere East London.

Today, this facility is one of the largest in the UK, and processes around 750,000 tonnes of London’s non-recyclable waste each year – waste which would either be sent to landfill or exported abroad. Cory’s unique use of the River Thames means that waste can be transported by barge rather than lorry, removing around 100,000 lorry journeys from London’s roads each year.

The transformation of the business culminated in the acquisition of Cory in June 2018 by a consortium of long-term infrastructure investors, comprising Dalmore Capital, Fiera Infrastructure, Semperian PPP Investment Partners and Swiss Life Asset Managers.

Nicholas will be leaving Cory to pursue new opportunities, drawing on his wealth of industry experience in infrastructure construction, operation and funding. Prior to joining Cory, he held senior positions at Railtrack plc and Network Rail, and executive positions in Skanska, Bovis Lend Lease, Navigant and Balfour Beatty. He currently serves on the CBI Infrastructure Board and is a non-executive director for Interserve.

John Barry, Chair of Cory Riverside Energy, said: “We could not have asked for a better CEO than Nicholas, who has led Cory through a hugely transformative period in its 123-year history and delivered it into the hands of long-term investors. We are grateful that he extended his tenure well beyond last year’s change of ownership to ensure a smooth transition and we wish him all the best in his future endeavours.”

Nicholas Pollard, outgoing CEO of Cory Riverside Energy, said: “Cory has transformed from an underperforming conglomerate of waste-related businesses into a focused, world-class EfW business. It has been a joy to lead this company and to work with so many impressive and dedicated people across all parts of the business.

“I came into the role with little knowledge of EfW but I have become, and will remain, a firm advocate for this often-overlooked part of the energy sector. It has become clear to me that EfW has, in both the immediate and long term, a vital role to play in tackling the UK’s current waste capacity gap and preventing unnecessary harm to our environment. I am grateful for all that I have learned at Cory and look forward to following the company’s future successes from afar.”

The process of appointing Nicholas’ replacement is at an advanced stage, and a further announcement will be made in due course.

We could not have asked for a better CEO than Nicholas, who has led Cory through a hugely transformative period in its 123-year history