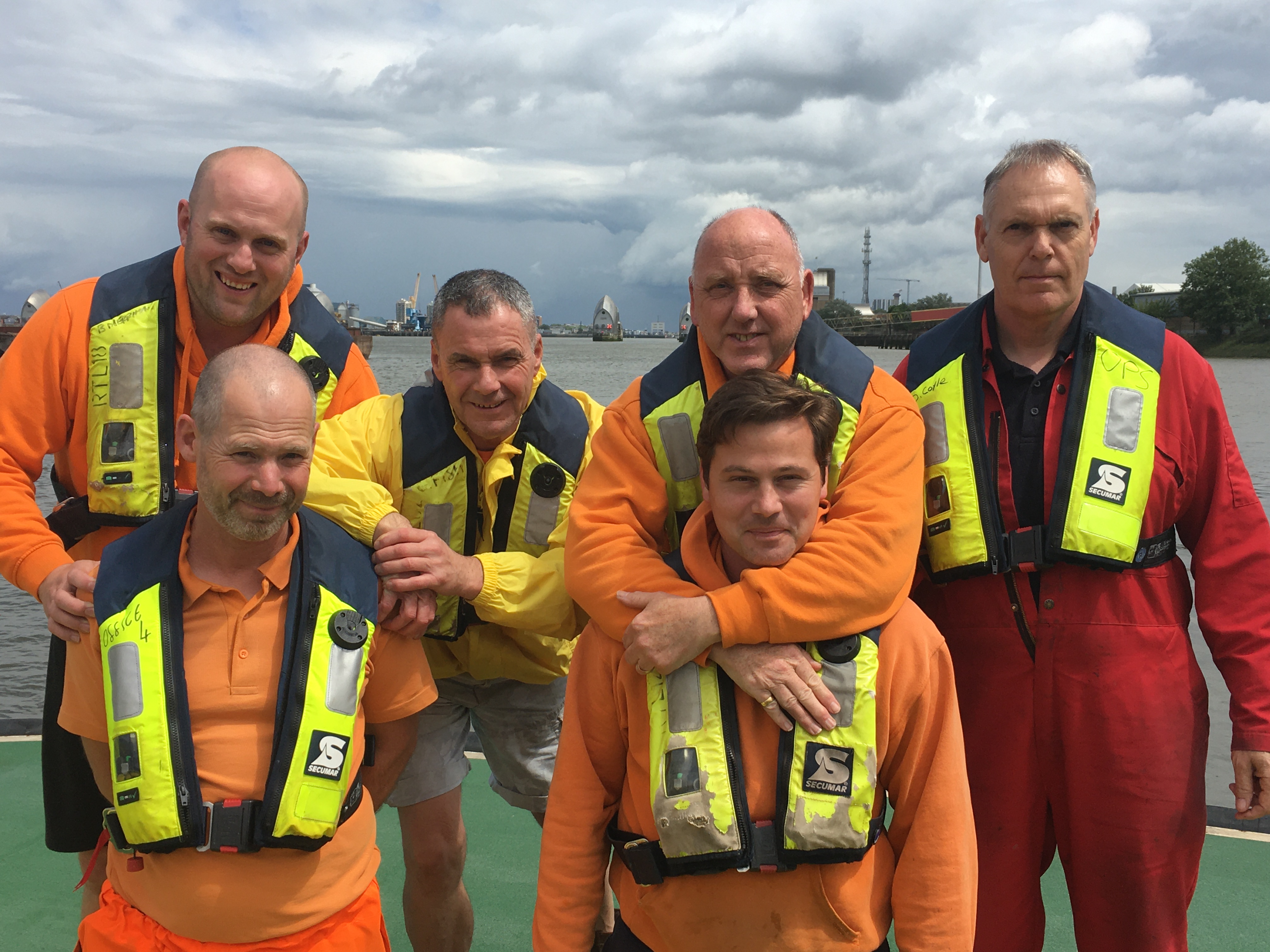 Maritime Safety Week is an opportunity to acknowledge the importance of continuous safety training in marine operations. At Cory, health & safety is of paramount importance across our business. This includes our work on the River Thames, which is a core part of how the company operates, transporting waste on the river. We conduct ongoing training to ensure that when an emergency occurs, our river operations teams respond instinctively, knowing exactly what their roles are.

In March 2020, one of Cory’s teams were required to put this incident response training into practice. The crew of one our tugs, Resource, were carrying out their daily operations on the River Thames. They received an emergency notification via the tug’s radio that five people had fallen into the river near West India Dock after their sculling boat had capsized in choppy water. Captain Annis and his crew responded immediately along with other river users. By the time the RNLI lifeboat arrived at scene, the crew had already recovered two people from the river.

The RNLI manager reported that the crew used the vessel rescue aids and conducted safe recoveries of the two rowers. Once the rowers were onboard, the crew performed first aid treatment, gave their own dry clothing to them, and provided ongoing reassurance. The crew’s fast response to the situation prevented an even more dangerous situation from developing.

The RNLI commended the crew for their professionalism, courage, and seamanship. This incident demonstrated that maritime safety training and drills are essential not only for safeguarding crews, but also for protecting fellow river users.