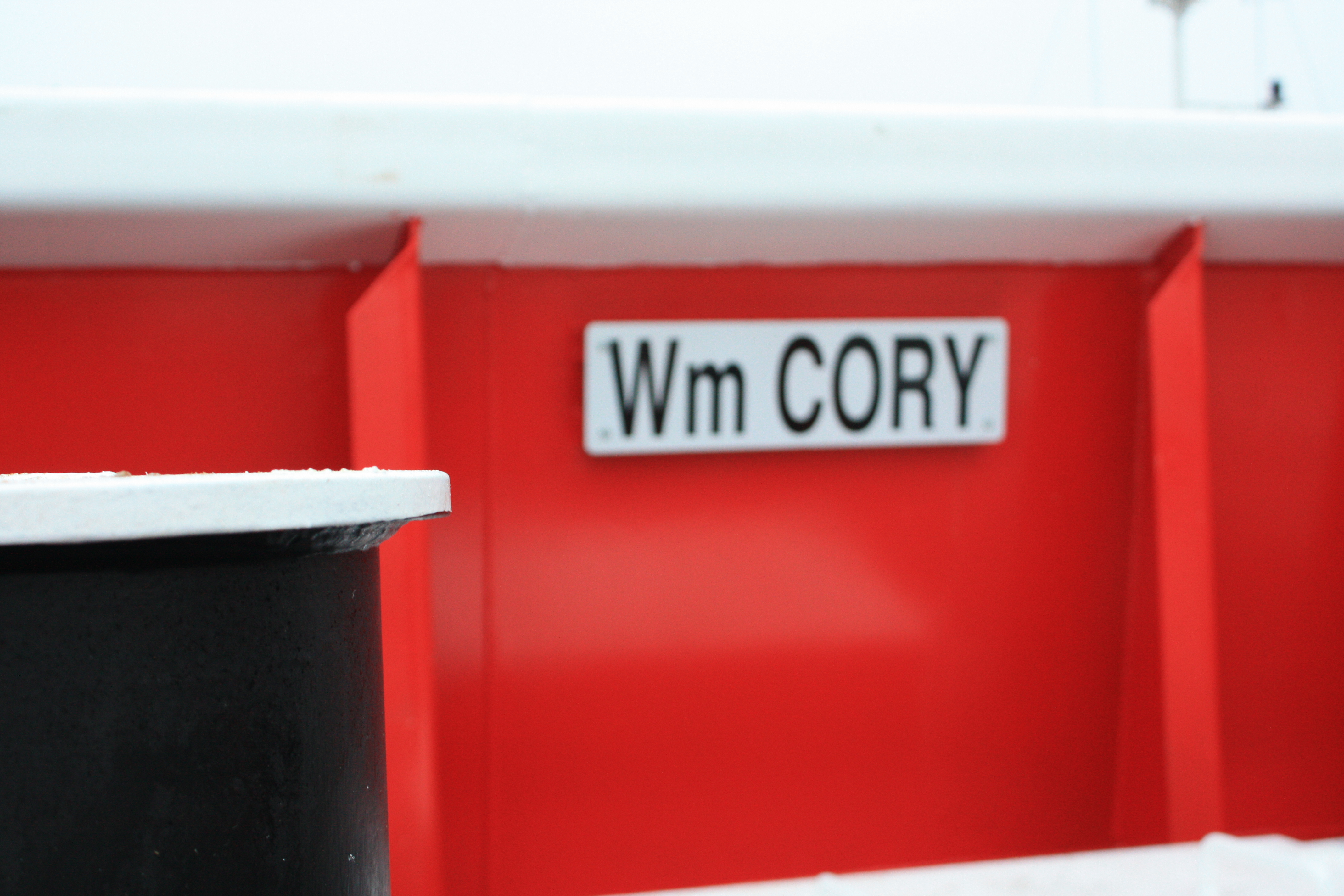 Cory has taken delivery of a new barge from Newcastle-based shipyard A&P Tyne. As a tribute to the company’s founder, the barge has been named Wm. Cory.

Cory has now taken delivery of 12 of 35 new barges which form part of the ongoing modernisation of its fleet. The new barges will replace the existing four types of barges with just two types (20 and 30 box), adding a greater level of flexibility into operations. The barges that are being replaced will either be repurposed or recycled.

The latest addition to the fleet is the first of the new barges that can carry 30 waste containers, containing a total of 405 tonnes of non-recyclable waste – thereby removing the equivalent of 16 articulated lorry journeys from the roads, making London’s streets safer and cleaner.

The delivery of the barge represents the latest stage of Cory’s investment in its river-based infrastructure as the company progresses its £800 million growth plans, which include the construction of the Riverside 2 energy from waste (EfW) facility next to its existing EfW facility in Belvedere, the acquisition of East London-based recycling and waste management company McGrath Group, the development of the UK’s largest heat network in partnership with Vattenfall, and advancing the world’s biggest EfW carbon capture and storage project.

In total, Cory operates a fleet of five tugs, more than 50 barges and more than 1,500 containers. This fleet is used to transport non-recyclable waste from waste transfer stations along the River Thames to Cory’s EfW facility in Belvedere. These same barges and tugs also transport the ash resulting from the energy recovery process further down the Thames to Tilbury where it is processed into aggregate for the construction industry. This use of the river removes around 100,000 vehicle journeys from London’s roads each year.

Last year we celebrated the 125th anniversary of William Cory incorporating the company, so it’s very fitting to name this new barge after him. River operations have been at the heart of the business since the very beginning and bolstering our fleet will help us to secure our future on the Thames for many years to come.