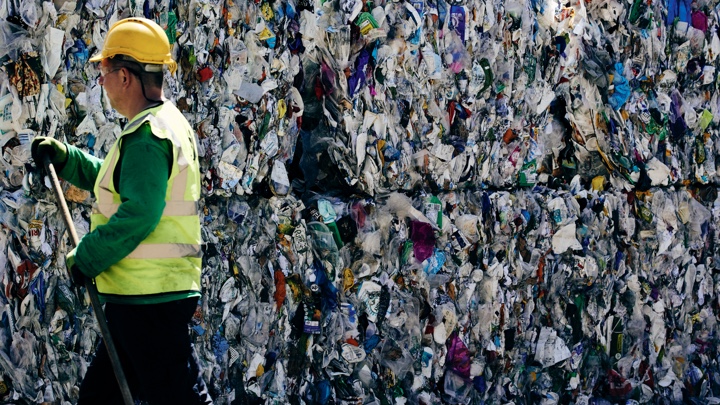 Last month marked the two year anniversary of Cory Riverside Energy (Cory) taking over the operation of Tower Hamlets Reuse and Recycling Centre (RRC). Since taking over the site, we have listened to feedback from residents and taken action to make the site a valuable asset for them.

When we took over the site, we made a number of changes to improve the experience for the residents of Tower Hamlets, including a new layout and traffic management plan to increase the efficiency and safety of the site. We also installed LED lighting to provide greater visibility for customers during winter and reduce light pollution for nearby residents as well as improving the energy efficiency of the site. With local residents in mind, we installed two odour management units, and have purchased a road sweeper in order to keep the site clean and tidy.

We’re delighted that our investment has had a positive impact. Most residents who use the site said that they have noticed a cleaner and tidier site, with 100% of residents saying they are satisfied or very satisfied about the level of cleanliness of the site. 99% of residents also found the staff to be friendly and helpful, and 76% of residents said that they had received help from a member of staff and said the member of staff had encouraged them to reuse or recycle. 93% of residents were also satisfied with the range of material accepted by the site. This is a great endorsement of not only our investment but also the hard work of our colleagues who operate the RRC and keep things running smoothly.

Alongside improving the site for residents, we have also worked to make the site an asset for the local community. This includes supporting local jobseekers through the Thames Skills Academy, and advertising all vacancies at the RRC and the adjoining Northumberland Wharf Transfer Station which we also operate exclusively within the borough, in order to encourage local people to apply for the roles.

We’re also using the site to encourage children to pursue STEM careers. We’ve hosted seven students from the nearby Tower Hamlets College and George Green Secondary School for a week’s work experience and are mentoring a further six Year Nine students in partnership with the Go4Set Engineering Development Trust.

Tying our community engagement and site transformation together is our recently-launched mural competition, which has seen us work with Gorge Green Secondary School to challenge students to design three murals all about waste and recycling. The murals, one of which is pictured above, have taken pride of place at the RRC and they will be moved elsewhere into the borough and another school will have the opportunity to create more murals for the site. We’re delighted at the transformation of the RRC over the last two years, and look forward to its continued success.

We’ve hosted seven students from the nearby Tower Hamlets College and George Green Secondary School for a week’s work experience and are mentoring a further six Year Nine students in partnership with the Go4Set Engineering Development Trust.