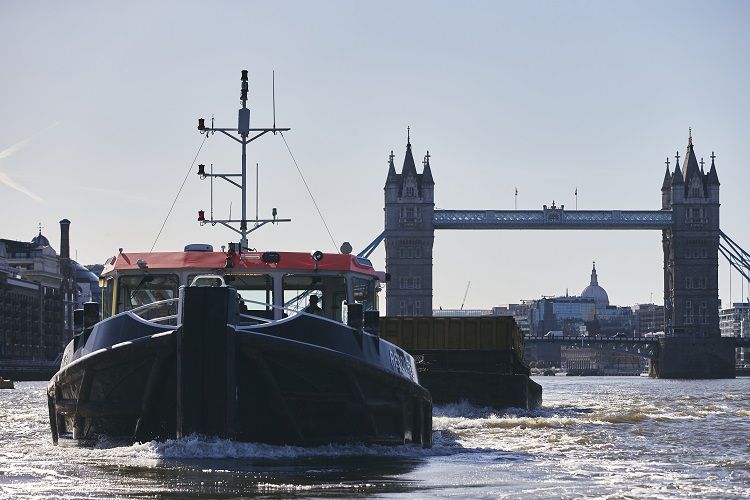 Viewers of last night’s Channel 5 documentary The Secret World of Your Rubbish will have seen Cory’s lighterage operations in action. The film crew followed our lighterage operations for two days and spoke to our crew about what it’s like to work on the River Thames, or ‘green highway’ as we call it.

The programme highlighted two aspects of our business of which we are extremely proud: our use of the River Thames, and our team members. Cory has a long and proud history of operating on the Thames; we have used it for over 120 years as the main form of transport for our business. We have always transported fuel up and down the river, whether this is coal as was the case when the business was first set up, or the non-recyclable residual waste that we transport to our energy from waste facility today.

Making the Thames such an integral part of the business has bought significant benefits both to us as well as London. By transporting fuel by the river, rather than by road, we are able to make a significant saving in terms of congestion and pollution. Our river operations remove around 100,000 lorry journeys from the capital’s roads each year.

We have also invested in the river, establishing Cory Ship Repair Services, a facility which not only provides us with the necessary support facilities to expand our own river-based operations but also those to service third parties.

The documentary also featured some of the staff of our lighterage operations, including the father and son duo of John and Merlin Dwan. Our people are at the core of our business, and without their collective experience we would not be one of the UK’s leading waste management and energy companies.

You can catch up on the documentary here: https://www.channel5.com/show/the-secret-world-of-your-rubbish

Cory has a long and proud history of operating on the Thames; we have used it for over 120 years as the main form of transport for our business.