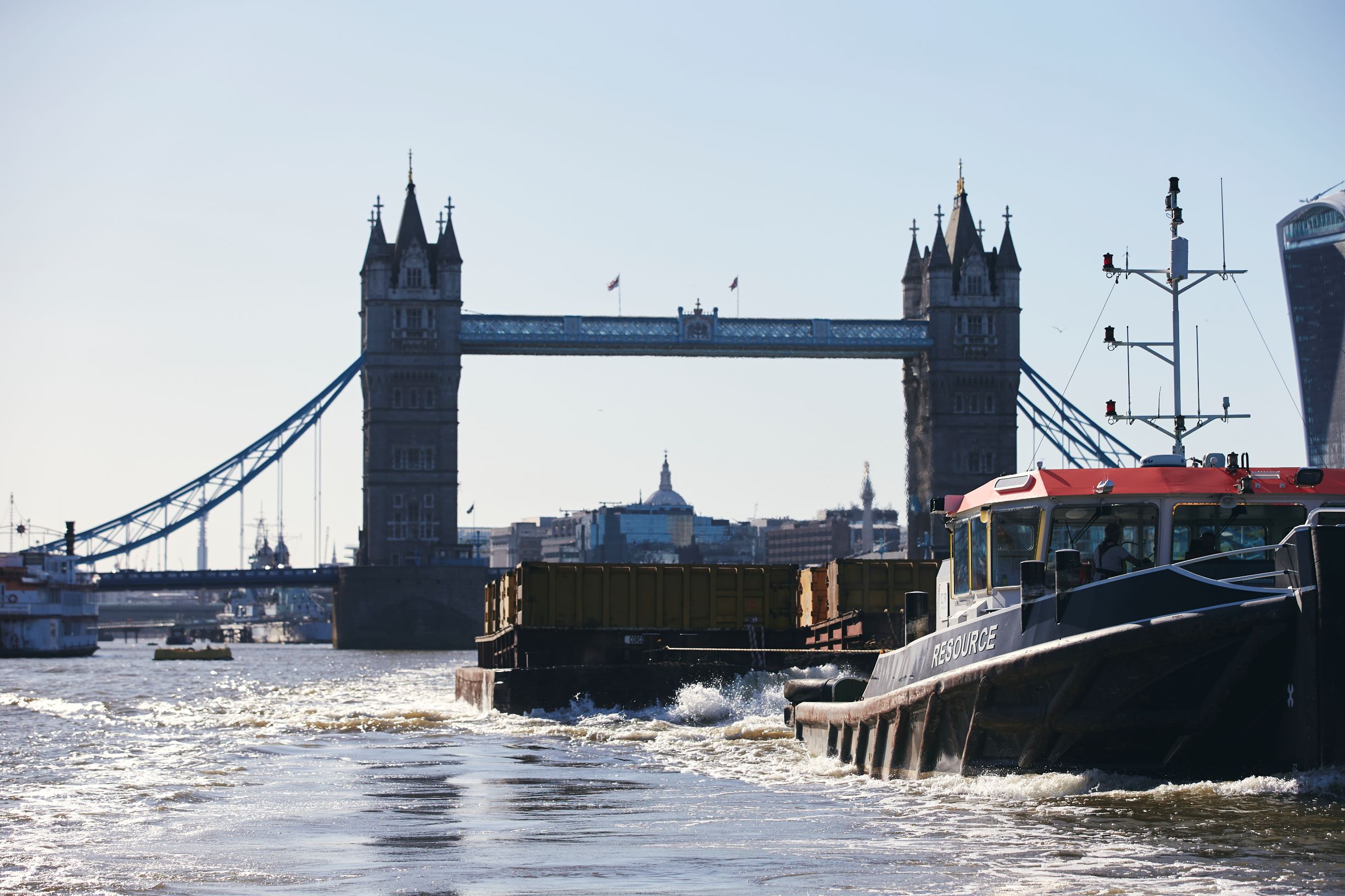 On 14th October at London’s iconic Tower Bridge, Cory celebrated the 125th anniversary of the company’s incorporation as William Cory & Son in 1896. The venue was a fitting location for the celebration, with the River Thames providing a backdrop that has been ever-present in Cory’s operations.

Cory, now one of the UK’s leading recycling and waste management companies, began life as a coal-transportation business on the Thames and played a significant role in both World Wars. In WWI Cory mobilised as D Company, 6th Battalion of The Buffs (commonly known as Cory's Unit) and many lost their lives fighting in France. It mobilised its boats in support of the war eff­­ort in both World Wars, losing 15 boats in WWI and 13 in WWII.

Following WWII, Cory began mining the stones needed for aggregates to rebuild parts of London and putting them on empty barges. The holes left in the ground became landfills in Erith and East Tilbury. This was the start of Cory’s transition from moving fuel to transporting waste and building materials. In that period Cory began transporting fuel oil as well as coal following the introduction of the Clean Air Act in 1956.

The company was bought by Ocean Group in the 1970s, before acquiring Surridge, which owned Mucking – then the second-largest landfill site in the UK – and Thames and General Lighterage, which made it the largest carrier of waste on the River Thames.

In the 1980s, Cory sold its coal and oil distribution business and created Cory Waste Management. It won a tender to transport and dispose of half a million tonnes of waste a year for the GLC. This saw the launch of the containerised waste transportation business which thrives today.

In 1990, Cory rebranded as Cory Environmental. At this stage, London was producing 29 million tonnes of waste per year and disposing only 400,000 tonnes of it within its own boundaries. By the late 1990s, Mucking landfill site was receiving 1.5 million tonnes of London’s waste. In 2010, Mucking stopped receiving London’s waste and was later reclaimed for community and environmental use to create the Thurrock Thameside Nature Discovery Park.

Over the past 20 years, Cory’s operations have focused on sustainable waste management. It signed a long-term contract with the Western Riverside Waste Authority in 2002, which included the development of an 84,000 tonnes-per-annum Materials Recycling Facility in Wandsworth, and opened the Riverside energy from waste facility, one of the UK’s largest and most efficient energy from waste facilities, in 2012. In 2017, Cory – then named Cory Riverside Energy – completed its major restructure and refinance, having sold its collections, waste brokerage and landfill businesses. In 2020, Cory secured planning permission to develop the Riverside Energy Park, ensuring more waste is diverted from landfill and export, and in 2021, the company was renamed Cory, 125 years after William Cory & Son was incorporated.

Cory’s 125th anniversary is an opportunity to celebrate the company’s long and rich history. I am immensely proud to work for a company with such a rich heritage in service of our country and communities. For some of our staff, Cory forms a significant part of their family history as the second or third generations to work for the company. Others have been at Cory for decades, and last year we gave naming rights to two of our new barges to two employees who have worked here for more than 40 years.

While Cory often operates in the background, keeping our communities clean and safe, we are also very visibly in the foreground – our river fleet has been a familiar sight on the Thames for 125 years since the company’s incorporation in 1896. This long history on the river has seen us evolve with the times, moving coal, then oil, then aggregate, and finally waste – and fighting in two World Wars during that period. We are continuing to evolve at this important juncture as the UK addresses different challenges, including the need to rapidly decarbonise the economy. I am privileged to help steer Cory through this period and am optimistic about what lies ahead, both in the next few years and when Cory celebrates its 150th anniversary in 2046.